Sales expectations in the construction sector over the next 6 months are at their lowest level since 2011 as the market shows signs of slowing down, although new build housing and the London market remain relatively healthy.

The October 2016 Construction Industry Barometer, completed by senior executives from across the construction supply chain, was published by construction market research specialists Leading Edge, in association with CIMCIG (The Chartered Institute of Marketing’s Construction Interest Group) and Construction News.

In terms of sales performance, the average sales increase over the last 6 months (April to September 2016)  compared to a year earlier was 1.6%, the lowest figure since April 2013 – all the surveys in the interim period have reported back average sales increases of 5% plus. The pace of sales growth certainly seems to have slowed in the industry with expectations for the next 6 months at the lowest since the survey in October 2011. On the positive side, 38% of companies are still confident of a sales increase over the next 6 months and expect the current slow down to be temporary.

Marketing budgets are set to grow this year in 50% of construction related companies, down from 62% in the April survey, while 23% are expecting to increase their headcount – similar to the 26% in April.

Mel commented that “although the market may have been stalling anyway, Brexit certainly seems to have had an effect. The immediate impact has been increases in the prices of imported building materials due to the falling pound, which together with the labour shortage has put a squeeze on margins for contractors. The survey showed there is now a level of uncertainty in the market which has caused some building projects to be stalled or reviewed. However, a number of companies are still confident of improving sales and parts of the market remain robust. ” 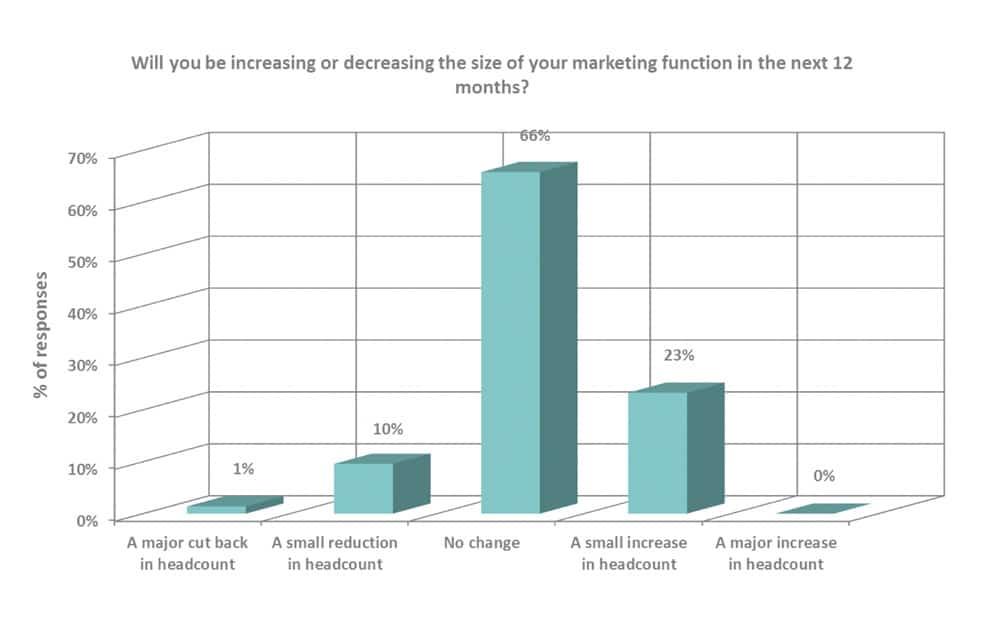