Creating more than 20 jobs, the 27,000 square foot showroom offers new and used Aston Martins for sale, along with a full-service centre.

But what kind of external surface would complement the iconic British sports car that is preferred by HRH the Prince of Wales and 007?

The new showroom was designed to nestle into Laurel Hill and reflects Aston Martin’s core design philosophy and craftsmanship.

SureSet Permeable Paving was contracted in October 2015 by Square One Construction to install permeable resin bound paving to the forecourts 13 parking bays and pathway.

In July 2016, one month before opening, SureSet were on site to install 227m² of Natural Aggregate in Barley Beach.

Marking Dick Lovett’s 50th Anniversary, the showroom was officially opened in August 2016 at an event attended by over 400 Aston Martin owners and enthusiasts.

The natural beauty of Barley Beach resin bound paving sits in harmony with nearby setts and beautifully buff flagstones.

In July 2017 NC Architects and Dick Lovett Aston Martin won the LABC award for ‘Best Large Commercial Building’ in the West of England. 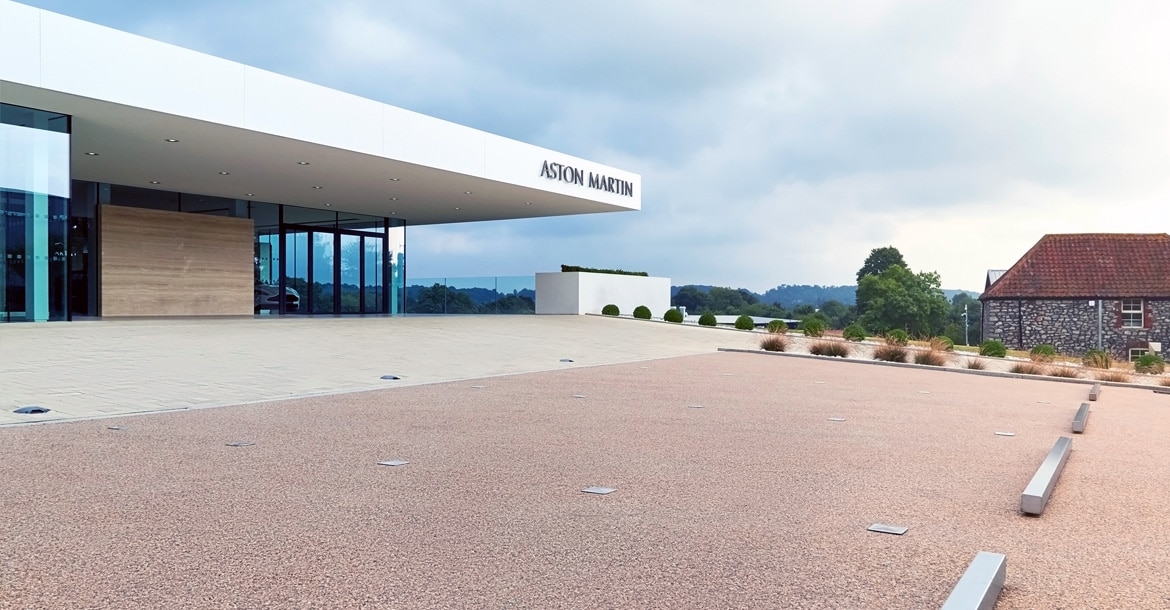