Omega Pharma – Quick-Step Cycling Team showed both power and confidence on a rainy 16.9km TTT course at Tirreno-Adriatico, winning the opening stage with a time of 19’24” on Wednesday.

Cavendish, who crossed the line first, wears the Maglia Azzurra going into Stage 2. Kwiatkowski is also the Best Young Rider.

“One name is a huge reason why we did so well today: Tony Martin,” Cavendish said of the UCI World TT Champion. “He did the majority of the work, but the guys today, all of them, were just incredible. As for the planning, we did a lot of it but we didn’t too much pressure on it. It was actually quite relaxing. Everyone knew what they had to do. We finished with five but everyone had a part to play. Maybe that’s what makes us so good, because no one has a real ego except maybe me (laughs). For everybody, it’s about getting eight guys from point A to point B as fast as possible. I’m super proud to be a part of it. For me, when there’s a team time trial win, it’s one of the nicest things in cycling. The whole team gets to celebrate. That’s what makes this event special.”

Cavendish wanted to make it clear that, while five riders out of eight crossed the line together, it was a complete team effort to win the stage.

“The five we crossed the finish line its quite a misconception to think that the five that crossed the finish line are the five strongest,” Cavendish said. “It doesn’t work like that. For example at the top of the climb it was difficult. Tony went away. It could have been easy for Gert Steegmans to go with Tony, but instead he waited and brought the rest of the team back to Tony. That finished Gert, you know. So maybe he did one of the best rides of the team today, but he’s not there in the top five. So I think it’s got nothing to do with being in the top five when it comes to your condition. It really depends on where you are, or the circumstances.”

As for Cavendish, he is having plenty of fun riding for OPQS in 2013. The morale is clearly high for the Manx Missile.

“I’m really enjoying riding my bike again,” Cavendish said. “I don’t know if it’s the past or this team is just so nice, but I am just really, really happy. I found a new motivation again. This is my 7th or 8th year as a professional, but whatever happened this year I have newfound love again. It’s just really refreshing to be part of a team where I’ve got so many friends where I grew up in the past with them and now I’m having so much fun. This is the most I’ve raced this kind of year and I’ve got a daughter and fiancee at home. It’s really hard to be this far away for this long, but when you’ve got a good group of people like I am with, I couldn’t ask for anything more.”

“It was not easy today,” Martin added about the team victory and the challenges of the parcour. “We knew we were one of the big favorites, but it is always difficult on this kind of short distance, but also with some rain and some corners. You always have to take some risks in these kinds of races. I think the whole team found a good way to handle this pressure. I knew I am one of the strongest so I knew I had to take some of the responsibility. But I had a good feeling, good legs, so I could really give everything. The bike and material was perfect. I could already see it in Volta ao Algarve. The Shiv is working perfect, even today. Given the extreme weather conditions and the wet road, tires were becoming a key element. In the morning the mechanics set up the pressure according to the road condition, and during the race our tires proved to be equally good in grip and rolling resistance. I want to also add that I had really strong teammates and everyone did their job perfectly, even in the difficult conditions. A win is always better when you can share it as a team.” 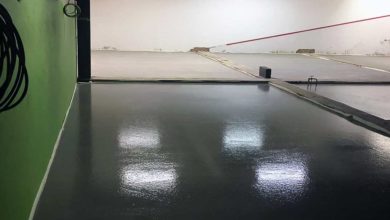 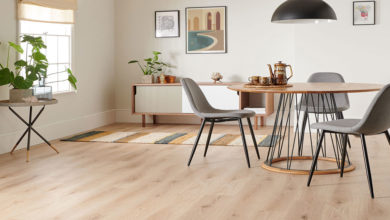